Skip to main content
Celebrating the Women of St. Kate's

Women's History Month is a time to explore the contributions of women to our community. Join us in celebrating the courageous women of St. Kate's who have helped build a better world through their strength, leadership, and dedication.

Thick: And Other Essays by Tressie McMillian Cottom (The New Press, 2019)
The personal is political, and Thick is that book. Essays on race, class, gender, media, beauty, and culture from the perspective of sociology and the lived experience of a Black woman.
Recommended by Nancy A. Heitzeg, Professor of Sociology and Critical Studies of Race and Ethnicity and Endowed Chair in the Sciences

Frida: A Biography of Frida Kahlo by Hayden Herrera (Harper Perennial, 2002)
This book covers the extraordinary and tumultuous life of Mexican painter Frida Kahlo. Originally published in 1983, Herrera helped me understand her passion and her pain, and Frida as artist and human.
Recommended by: Deborah Torres, Assistant Program Director, MLIS Program

The Gangster We Are All Looking For by Thi Diem Thuy Le (Anchor, 2004)
This book, although a novel about a young Vietnamese refugee/immigrant girl, reads beautifully like a memoir with its rich details and vulnerable language. When I read this book it was so moving it made me wish I had written it.
Recommended by: Anh-Hoa Thi Nguyen, Lecturer, Core Curriculum; Administrative Assistant for Core Curriculum, Biology, Chemistry, Math, Physics & Psychology

Lost Children Archive by Valeria Luisella (Knopf Publishing Group, 2019)
Luisella writes about a family road trip from New York to Apache land in Arizona, reinventing the American travel narrative. We're still thinking about her attention to the desert landscape, the humans that have inhabited it, our sound environments, and how we might best document the past and present moment.
Recommended by:  Francine Conley, Professor of International Languages & Literatures, WOST, English & Creative Writing and Allison Adrian, Associate Professor of Music and Women's Studies

Radioactive: Marie & Pierre Curie, A Tale of Love & Fallout by Lauren Redniss (It Books, 2015)
This book tells the story of Marie Curie who was the first woman to be awarded a Nobel prize for her discovery of radium and one of a handful in the world to win the Nobel twice. Not only is this story incredible – full of discoveries, love, and tragedy, it's rendered in gorgeous art – cyanotypes, line drawings, and it even glows in the dark!
Recommended by: Amy Mars, Research, Instruction, & Outreach Librarian

Message from an Unknown Chinese Mother: Stories of Loss and Love by Xinran (Scribner, 2012)
This semester, I’ve had various conversations that led me back to this book. I recommend, Message from an Unknown Chinese Mother to anyone who is interested in the complex one-child policy in China, Chinese women and girls, and stories about love.
Recommended by: Jewelly Lee, Assistant Director, Abigail Quigley McCarthy Center for Women

The Immortal Life of Henrietta Lacks by Rebecca Skloot (Broadway Books, 2011)
A compelling, real-life investigative account of Henrietta Lacks, a black woman whose cancer cells (taken without permission) impacted modern science forever – informing the research that led to cures and treatments for a number of diseases. The book features Henrietta’s family, spotlights the historical exploitation of black bodies in medicine, and poses the ethical question of who owns our bodies?
Recommended by: Sharon Rolenc, Project & Programming Specialist, Mission Chairs and the Abigail Quigley McCarthy Center for Women

Magical Realism for Non-Believers: A Memoir of Finding Family by Anika Fajardo
Fajardo was born in Colombia and raised in Minnesota, and her memoir is one that I expect to remain timeless. As generations perpetually follow the cycle of conception and destruction, the story captured within the text remains relevant in that it is persistently relatable, because everyone questions who they are at some point in life or another.
Recommended by: Mara Norris ’23, psychology and political science double major; Academic Community Strategist with the Abigail Quigley McCarthy Center for Women

Anything of Which a Woman is Capable: A History of the Sisters of St. Joseph in the United States, Volume 1 by Mary M. McGlone, CSJ
Sr. Mary McGlone traces the history of the Sisters and their values through a sociopolitical lens back to Le Puy, France and to their establishment in the United States. Readers will be inspired by the biographical stories and their passion for service.
Recommended by: Anita Jones Thomas, PhD, executive vice president and provost 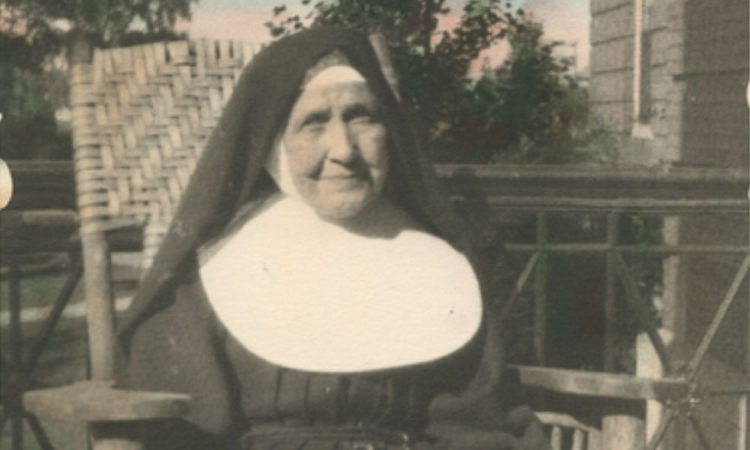 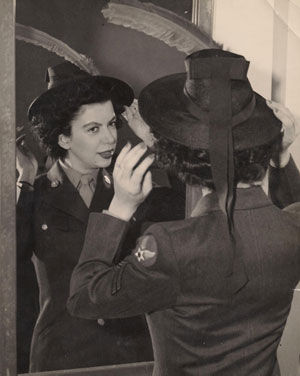 Long before female agents became commonplace in the Central Intelligence Agency (CIA) Elizabeth Sudmeier ’33 quietly forged the path. She was the first female CIA agent to handle assets in a foreign field, conduct a full-cycle recruitment, and win recognition for key operational success. 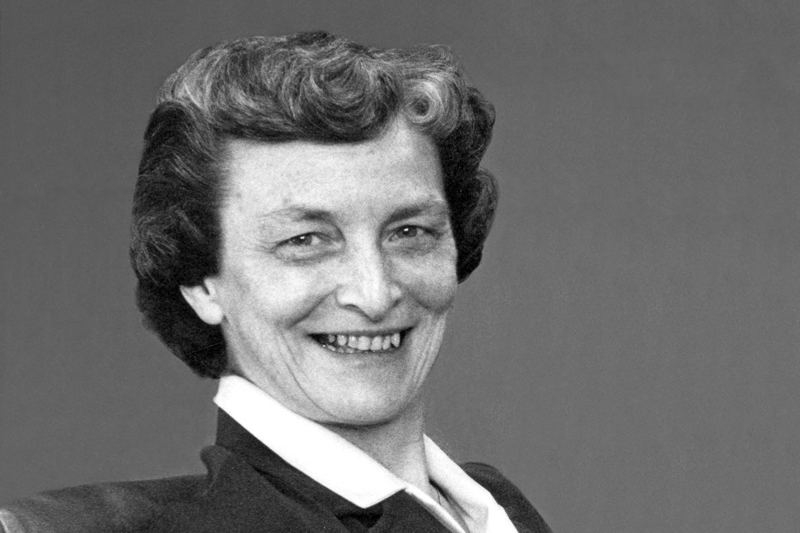 Helen Spaeth Vanni '46 wove together an impressive opera career and her role in St. Kate’s community into a legacy. 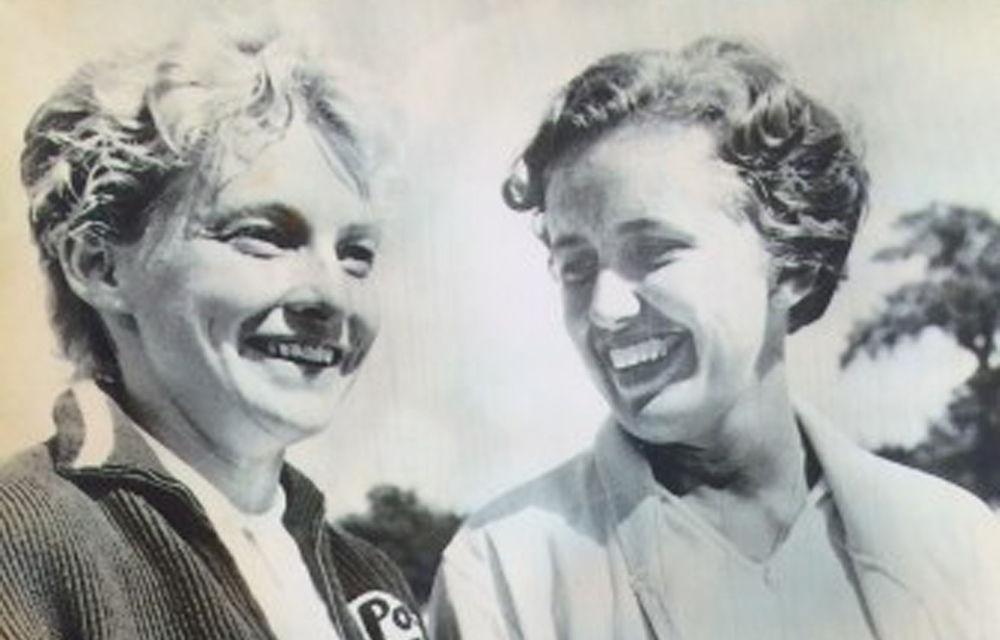 Jeanne Arth '56 is the most decorated professional female tennis player in Minnesota history. 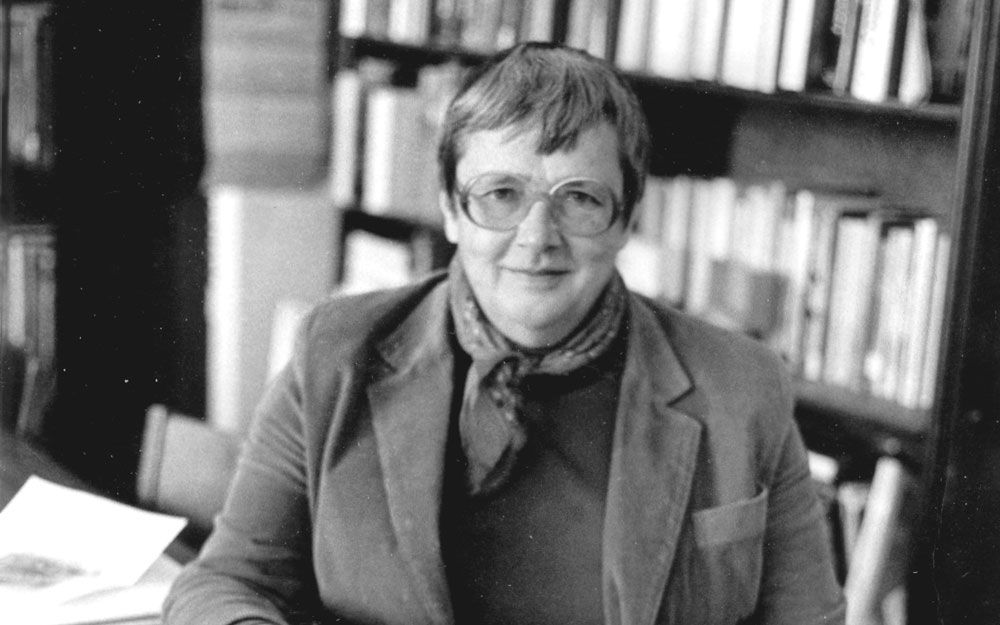 Teacher and mentor Sister Mary Thompson '53 set the stage for women in science at St. Kate's. 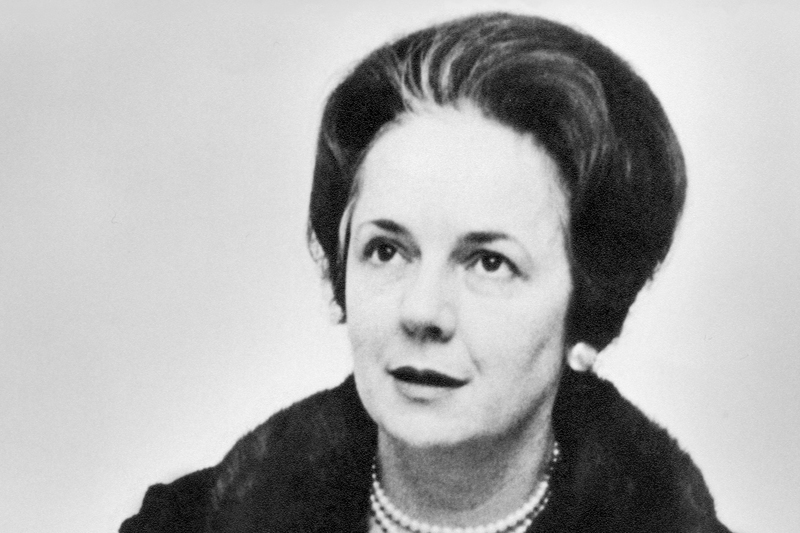 The spring 2020 issue of St. Catherine University Magazine puts a spotlight on just a few Katies who have changed the landscape in education, healthcare, corporate culture, and more

See the Catalysts for Good 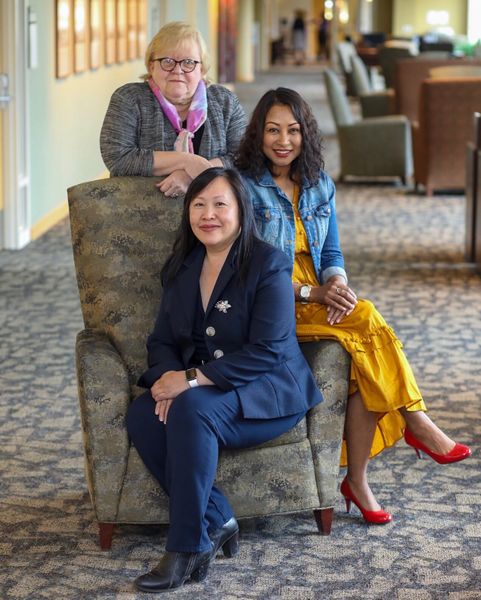 Each year, we recognize graduates who demonstrate excellence in leadership and service to others. Shunu Shrestha '07, Bao Vang '91, and Helen Wagner '69 were the 2019 awardees.